What should we do when we are faced with a Bahá’í law or teaching that we do not understand? 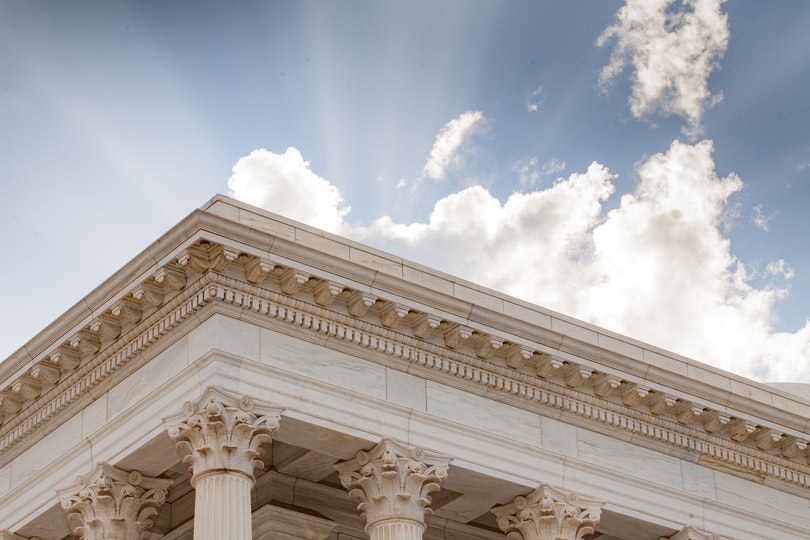 Whenever My laws appear like the sun in the heaven of Mine utterance, they must be faithfully obeyed by all, though My decree be such as to cause the heaven of every religion to be cleft asunder. He doth what He pleaseth. He chooseth; and none may question His choice. Whatsoever He, the Well-Beloved, ordaineth, the same is, verily, beloved.
Bahá’u'lláh, The Kitab-i-Aqdas, paragraph 7

Man often lacks the understanding to fathom the wisdom of some of the ordinances which are not to his liking. It therefore becomes a matter of demonstration of the depth of his faith when he is faced with a divine command the wisdom and rationale of which he cannot at that time understand.
Letter from the Universal House of Justice, dated March 3, 1987, Fire & Gold, p. 195

Taken from a talk in 1999 at the Irish Bahá’í Summer School.

We are glad that you have brought to our attention the questions perplexing some of the believers. It is much better for these questions to be put freely and openly than to have them, unexpressed, burdening the hearts of devoted believers. Once one grasps certain basic principles of the Revelation of Bahá’u'lláh such uncertainties are easily dispelled. This is not to say that the Cause of God contains no mysteries. Mysteries there are indeed, but they are not of a kind to shake one’s faith once the essential tenets of the Cause and the indisputable facts of any situation are clearly understood.
The Universal House of Justice, 9 March 1965, paragraph 1 / The Guardianship and the Universal House of Justice, p. 2

Obedience to the Laws of Bahá’u'lláh will necessarily impose hardships in individual cases. No one should expect, upon becoming a Bahá’í, that faith will not be tested, and to our finite understanding of such matters these tests may occasionally seem unbearable. But we are aware of the assurance which Bahá’u'lláh Himself has given the believers that they will never be called upon to meet a test greater than their capacity to endure.
The Universal House of Justice, Lights of Guidance, p. 341

In considering the effect of obedience to the laws on individual lives, one must remember that the purpose of this life is to prepare the soul for the next. Here one must learn to control and direct one’s animal impulses, not to be a slave to them. Life in this world is a succession of tests and. achievements, of falling short and of making new spiritual advances. Sometimes the course may seem very hard, but one can witness, again and again, that the soul who steadfastly obeys the law of Bahá’u'lláh, however hard it may seem, grows spiritually, while the one who compromises with the law for the sake of his own apparent happiness is seen to have been following a chimera: he does not attain the happiness he sought, he retards his spiritual advance and often brings new problems upon himself
The Universal House of Justice, Messages from the Universal House of Justice 1968-1973, p. 106

There are numerous individuals who share the ideals of the Faith and draw inspiration from its Teachings, while disagreeing with certain of its features, but those who actually enter the Bahá’í community have accepted, by their own free will, to follow the Teachings in their entirety, understanding that, if doubts and disagreements arise in the process of translating the Teachings into practice, the final arbiter is, by the explicit authority of the Revealed Text, the Universal House of Justice.
The Universal House of Justice, letter of July 2, 1996, Issues Related to the Study of the Bahá’í Faith, paragraph 18

Beyond contention, moreover, is the condition in which a person is so immovably attached to one erroneous viewpoint that his insistence upon it amounts to an effort to change the essential character of the Faith. This kind of behaviour, if permitted to continue unchecked, could produce disruption in the Bahá’í community, giving birth to countless sects as it has done in previous Dispensations. The Covenant of Bahá’u'lláh prevents this. The Faith defines elements of a code of conduct, and it is ultimately the responsibility of the Universal House of Justice, in watching over the security of the Cause and upholding the integrity of its Teachings, to require the friends to adhere to standards thus defined.
The Universal House of Justice, 1998 Feb 08, Materialistic Elements in Academic Scholarship

…when we accept the Manifestation of God for our time, we must accept what He says though at the moment we may not comprehend the meaning of some of His statements. Some things, such as Bahá’u'lláh’s Teachings regarding life after death, we have to accept on faith.
The Universal House of Justice, Messages 1963 to 1986, p. 709

For no matter how strongly an individual may believe in Bahá’u'lláh, and however intense may be his love for Him, his faith will depend upon the extent to which he is willing and eager to obey His laws, teachings and commandments. Indeed, man’s part in the Covenant is to first recognize and then wholeheartedly obey the Manifestation of God in every respect.

Many people today frown upon the word ‘obedience’. In present-day society, in which all moral and spiritual values are declining, the concept of obedience is usually associated with dictatorship, tyranny, religious fanaticism and narrow-mindedness. Often this view is held by educated men and women who are otherwise open-minded and intelligent. These people come from all walks of life; some belong to religious movements with liberal leanings, others may be humanist, agnostic or atheists. They have keenly observed the terrible consequences which blind obedience to various political regimes or religious hierarchies has engendered, and they are fearful of any movement, whether religious or secular, which demands absolute obedience to its commandments.

…On the other hand, man in his daily life wholeheartedly obeys the directive of individuals or institutions that speak with the voice of truth. He is willing to accept authority which is credible and trustworthy in his view. For instance, a motorist will unhesitatingly follow the sign-post on a road until he reaches his destination. This blind following is due to his faith in the authority of the body which has set up the signposts. Similarly, a patient will willingly allow a surgeon to operate on a cancerous growth because he has faith in his diagnosis.

There will be a similar response if one recognizes the truth of the Cause of God. Once recognized as credible, obedience to the teachings will not be difficult to achieve. Since man’s part in the Covenant of God is obedience to His teachings, it is clear that he cannot fulfil his obligation unless he recognizes the truth of His Revelation. It is highly significant that the first subject which Bahá’u'lláh has chosen to expound in the Kitáb-i-Aqdas is the part man has to play in this Covenant with his Creator. The following is the opening paragraph of the Most Holy Book:

“The first duty prescribed by God for His servants is the recognition of Him Who is the Dayspring of His Revelation and the Fountain of His laws, Who representeth the Godhead in both the Kingdom of His Cause and the world of creation. Whoso achieveth this duty hath attained unto all good; and whoso is deprived thereof, hath gone astray, though he be the author of every righteous deed. It behoveth every one who reacheth this most sublime station, this summit of transcendent glory, to observe every ordinance of Him Who is the Desire of the world. These twin duties are inseparable. Neither is acceptable without the other. Thus hath it been decreed by Him Who is the Source of Divine inspiration.”
Adib Taherzadeh, The Covenant of Bahá’u’lláh, p. 264-266