What is the “Greater” Covenant?

“There is… the Greater Covenant which every Manifestation of God makes with His followers, promising that in the fullness of time a new Manifestation will be sent, and taking from them the undertaking to accept Him when this occurs.”
From a letter written by the Universal House of Justice to an individual believer, 23 March 1975, Covenant Compilation

“The Lord of the universe hath never raised up a prophet nor hath He sent down a Book unless He hath established His covenant with all men, calling for their acceptance of the next Revelation and of the next Book; inasmuch as the outpourings of His bounty are ceaseless and without limit.”
The Báb, Selections from the Writings of the Báb, p. 87 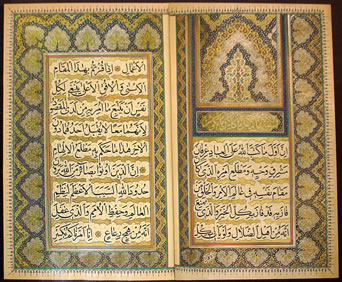 An illuminated copy of the ,Kitáb-i-Aqdas (Most Holy Book), commissioned by ‘Abdu’l-Bahá in 1902. In this book Bahá’u’lláh specifies the terms of both the Greater and Lesser Covenants in His religion. 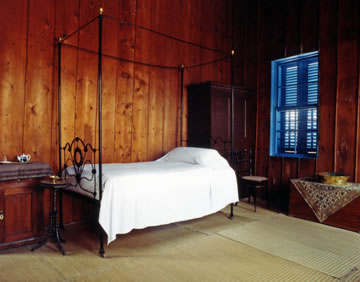 The first duty prescribed by God for His servants is the recognition of Him Who is the Dayspring of His Revelation and the Fountain of His laws, Who representeth the Godhead in both the Kingdom of His Cause and the world of creation. Whoso achieveth this duty hath attained unto all good; and whoso is deprived thereof hath gone astray, though he be the author of every righteous deed. It behoveth every one who reacheth this most sublime station, this summit of transcendent glory, to observe every ordinance of Him Who is the Desire of the world. These twin duties are inseparable. Neither is acceptable without the other. Thus hath it been decreed by Him Who is the Source of Divine inspiration.
Baha’u’llah Kitab-i-Aqdas p.1