Why is it important to study the Covenant? 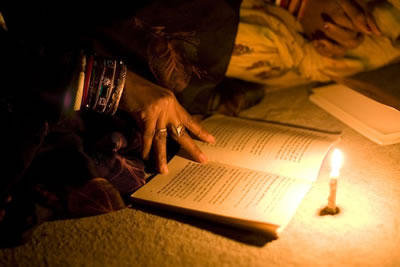 Immerse yourselves in the ocean of My words, that ye may unravel its secrets, and discover all the pearls of wisdom that lie hid in its depths.
Bahá’u’lláh, Gleanings from the Writings of Bahá’u’lláh, p. 136

A profound study of the Faith which they have espoused, its history, its spiritual as well as administrative principles; a thorough understanding of the Covenant of Bahá’u'lláh and of the Will of ‘Abdu’l-Bahá, a deeper realization of the implications of the claims advanced by the Founders of the Faith; strict adherence to the laws and principles which they have established; a greater dedication to the fundamentals and verities enshrined in their teachings — these constitute, I feel convinced, the urgent need of the members of this rapidly expanding community. For upon this spiritual foundation must depend the solidity of the institutions which they are now so painstakingly erecting. Every outward thrust into new fields, every multiplication of Bahá’í institutions, must be paralleled by a deeper thrust of the roots which sustain the spiritual life of the community and ensure its sound development. From this vital, this ever-present need, attention must at no time be diverted; nor must it be, under any circumstances, neglected, or subordinated to the no less vital and urgent task of ensuring the outer expansion of Bahá’í administrative institutions.
Shoghi Effendi, Letters from the Guardian to Australia and New Zealand, p. 75-76

…a firmer grasp of the essential verities of the Faith; a more profound study of its history and a deeper understanding of the genesis, the significance, the workings, and the present status and achievements of its embryonic World Order and of the Covenant to which it owes its birth and vitality — these remain the rock-bottom requirements which alone can guarantee the opening and hasten the advent, of that blissful era which every…Bahá’í heart so eagerly anticipates, and the glories of which can, at present, be but dimly discerned.
Shoghi Effendi, Unfolding Destiny, p. 385 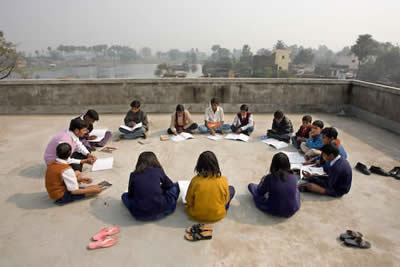 He was also very glad to see that the believers are studying the Covenant of the Master. For in the Master’s Will and Testament are enshrined the principles underlying the World Order, and unless the believers fully grasp the greatness, functions, and purpose of the institutions outlined in that Testament (and elaborated by the Guardian in his book “The Dispensation of Bahá’u'lláh”) they will not be able to properly function as Bahá’ís individually or collectively.
Written on behalf of Shoghi Effendi, The Light of Divine Guidance v I, p. 156-7

They must be spiritually prepared through prayer and study of the Teachings to obtain a deeper appreciation of the station and purpose of Bahá’u'lláh and of the basic meaning of His mighty Covenant. Such preparation is at the very core of their striving to effect a transformation in their individual and collective lives.
The Universal House of Justice, A Wider Horizon, Selected Letters 1983-1992, p. 78 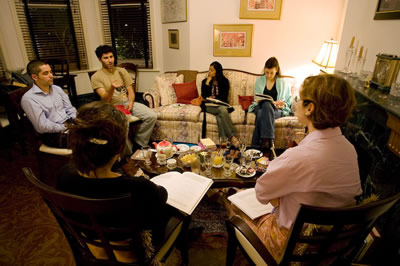 …the foundation of all their accomplishments, is their study of the teachings, the spiritualization of their lives, and the forming of their characters in accordance with the standards of Bahá’u'lláh. As the moral standards of the people around us collapse and decay, whether of the centuries-old civilizations of the East, the more recent cultures of Christendom and Islam, or of the rapidly changing tribal societies of the world, the Bahá’ís must increasingly stand out as pillars of righteousness and forbearance. The life of a Bahá’í will be characterized by truthfulness and decency; he will walk uprightly among his fellowmen, dependent upon none save God, yet linked by bonds of love and brotherhood with mankind; he will be entirely detached from the loose standards, the decadent theories, the frenetic experimentation, the desperation of present-day society, will look upon his neighbors with a bright and friendly face, and be a beacon light and haven for all those who would emulate his strength of character and assurance of soul.
The Universal House of Justice, 10 June 1966, To the Youth in Every Land

Those who from time to time express their dissatisfaction with the current structure of the Administrative Order would be better advised to turn their attention to a thorough study of the principles upon which it is based, as expounded by ‘Abdu’l-Bahá and Shoghi Effendi, and to concentrate their efforts on putting into practice the spirit and letter of these texts. Virtually every problem which is blamed on a deficiency of structure is, in fact, traceable to a defect in the manner in which the individual believers understand and implement the administrative principles of the Faith.
The Universal House of Justice, 2 Dec 1995 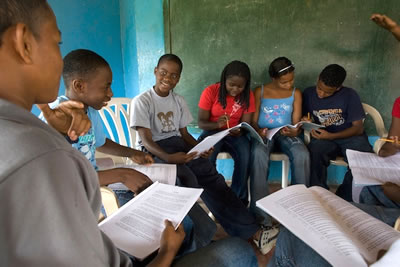 He feels that in your contact with the believers and in teaching new souls, you should help them to obtain a full knowledge and understanding of the Covenant and the Will and Testament. This will strengthen them to meet every test, and to understand the nature of the spiritual disease which afflicts those who turn against the Institutions of the Faith. These are, indeed, times of testing and of trial, for the whole world and for the believers too.

Written on behalf of Shoghi Effendi, The Compilation of Compilations vol. I, p. 226

In order to grasp the mysteries of the Covenant, and to apprehend its immeasurable potentialities for the unification of humanity and the establishment of the Kingdom of God on earth, the followers of Bahá’u'lláh are duty bound to study this important feature of their Faith.
Adib Taherzadeh, The Covenant of Bahá’u’lláh, p. x