What does it mean to be firm in the Covenant?

In these comments by former member of the Universal House of Justice, Mr. Ali Nakhjavani speaks on the power of the Covenant. The talk was recorded in New Zealand in 2006.

…ye must conduct yourselves in such a manner that ye may stand out distinguished and brilliant as the sun among other souls. Should any one of you enter a city, he should become a centre of attraction by reason of his sincerity, his faithfulness and love, his honesty and fidelity, his truthfulness and loving-kindness towards all the peoples of the world, so that the people of that city may cry out and say: “This man is unquestionably a Bahá’í, for his manners, his behaviour, his conduct, his morals, his nature, and disposition reflect the attributes of the Bahá’ís.” Not until ye attain this station can ye be said to have been faithful to the Covenant and Testament of God. For He hath, through irrefutable Texts, entered into a binding Covenant with us all, requiring us to act in accordance with His sacred instructions and counsels.
‘Abdu’l-Bahá, Selections from the Writings of ‘Abdu’l-Bahá p. 71

“Great is thy blessedness inasmuch as thou hast been faithful to the Covenant of God and His Testament…. Dedicate thyself to the service of the Cause of thy Lord, cherish His remembrance in thy heart and celebrate His praise in such wise that every wayward and heedless soul may thereby be roused from slumber.”
Bahá’u'lláh, Tablets of Bahá’u'lláh, p. 262

“Follow not, therefore, your earthly desires, and violate not the Covenant of God, nor break your pledge to Him. With firm determination, with the whole affection of your heart, and with the full force of your words, turn ye unto Him, and walk not in the ways of the foolish…. Break not the bond that uniteth you with your Creator, and be not of those that have erred and strayed from His ways….”
Bahá’u'lláh, Gleanings from the Writings of Bahá’u'lláh, p. 328

The Covenant is the “axis of the oneness of the world of humanity” because it preserves the unity and integrity of the Faith itself and protects it from being disrupted by individuals who are convinced that only their understanding of the Teachings is the right one - a fate that has overcome all past Revelations. The Covenant is, moreover, embedded in the Writings of Bahá’u'lláh Himself. Thus, as you clearly see, to accept Bahá’u'lláh is to accept His Covenant; to reject His Covenant is to reject Him.
From a letter written on behalf of the Universal House of Justice to an individual believer, 3 January 1982 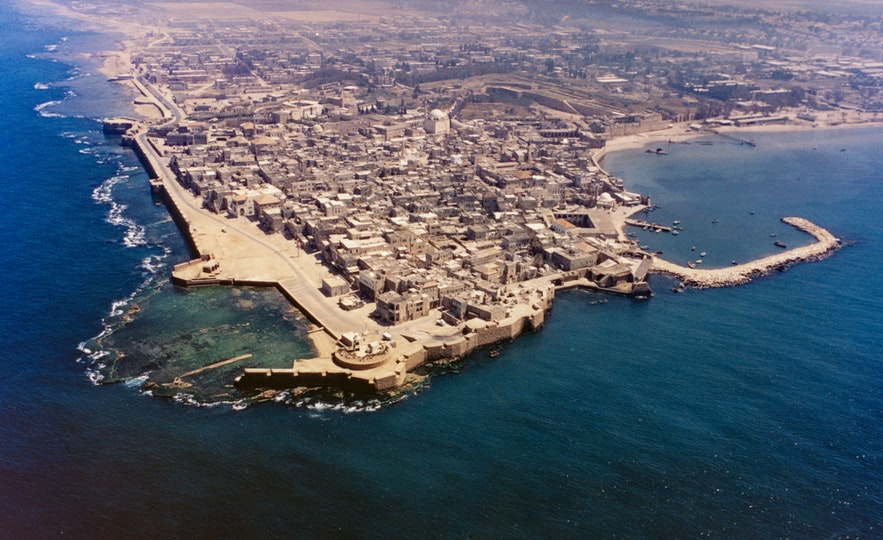 Looking across the Mediterranean sea from Akka.

The tests of every dispensation are in direct proportion to the greatness of the Cause, and as heretofore such a manifest Covenant, written by the Supreme Pen, hath not been entered upon, the tests are proportionately more severe. These trials cause the feeble souls to waver while those who are firm are not affected. These agitations of the violators are no more than the foam of the ocean, which is one of its inseparable features; but the ocean of the Covenant shall surge and shall cast ashore the bodies of the dead, for it cannot retain them. Thus it is seen that the ocean of the Covenant hath surged and surged until it hath thrown out the dead bodies — souls that are deprived of the Spirit of God and are lost in passion and self and are seeking leadership. This foam of the ocean shall not endure and shall soon disperse and vanish, while the ocean of the Covenant shall eternally surge and roar…. Abdu’l-Baha, Selections from the Writings of Abdu’l-Baha, p. 210-11

In one of the Tablets of the Divine Plan, ‘Abdu’l-Bahá, exhorting the North American believers to strive to attain the exalted station of Apostles of Bahá’u'lláh, specifies firmness in the Covenant to be a prerequisite for this achievement. We urge you to manifest unwavering adherence to the provisions of the Covenant, while ever striving for a deeper understanding of its challenging features and of its implications, which far transcend the familiar arrangements of present society.
The Universal House of Justice, Ridvan 153, 1996

Mere intellectual understanding of the teachings is not enough. Deep spirituality is essential, and the foundation of true spirituality is steadfastness in the Covenant.

The first condition [to attain the station of an Apostle of Baha'u'llah] is firmness in the Covenant of God. For the power of the Covenant will protect the Cause of Bahá’u'lláh from the doubts of the people of error. It is the fortified fortress of the Cause of God and the firm pillar of the religion of God. Today no power can conserve the oneness of the Bahá’í world save the Covenant of God; otherwise differences like unto a most great tempest will encompass the Bahá’í world. It is evident that the axis of the oneness of the world of humanity is the power of the Covenant and nothing else. Had the Covenant not come to pass, had it not been revealed from the Supreme Pen and had not the Book of the Covenant, like unto the ray of the Sun of Reality, illuminated the world, the forces of the Cause of God would have been utterly scattered and certain souls who were the prisoners of their own passions and lusts would have taken into their hands an axe, cutting the root of this Blessed Tree. Every person would have pushed forward his own desire and every individual aired his own opinion! Notwithstanding this great Covenant, a few negligent souls galloped with their chargers into the battlefield, thinking perchance they might be able to weaken the foundation of the Cause of God: but praise be to God all of them were afflicted with regret and loss, and erelong they shall see themselves in poignant despair. Therefore, in the beginning the believers must make their steps firm in the Covenant so that the confirmations of Bahá’u'lláh may encircle them from all sides, the cohorts of the Supreme Concourse may become their supporters and helpers, and the exhortations and advices of ‘Abdu’l-Bahá, like unto the pictures engraved on stone, may remain permanent and ineffaceable in the tablets of all hearts. Abdu’l-Baha, Tablets of the Divine Plan, p. 52